I have sat through many Post Implementation Reviews (PIR’s) of transformation initiatives whether they be technology led, business model changes or Post-Merger Integrations and one of the most identified areas for improvement was communication. Have you ever wondered why this was the case? Over the years a lot of energy and capacity has gone into change management including internal change management protocols, communication support etc but the dial has hardly moved on the communication issue. It can’t be lack of channels, insufficient information or access. Are they listening? And if so why are they not hearing?

A number of years ago I hypothesised that this had 2 main elements, the first was the extent to which there was sufficient trust in the work environment and the second was the speed of learning. (See my blog on transform @ the speed of learning).  This is how I came to the model of Trust+Transparency+Traction→ Transform

Under conditions of uncertainty and stress that inevitably accompany a business transformation the establishment of trust is an important first step. Unfortunately, most executive committees and transformation managers assume this already exists, underestimate its importance or worse ignore it.

Trust is a relatively well understood concept. You know when you have it but how do you get it? The approach taken with one person may increase the trust between us while the same action may have the opposite effect with another person. This becomes even more complicated when dealing will large groups of people.

“The Speed of Trust” by Stephen M.R. Covey provides a very effective model to develop corporate trust. Covey postulates that Trust is made up of the 4 cores of credibility (Integrity, Intent, Competence and Results). From my experience with large organisations, one will be a key “core” that helps define the success of the other elements of the cores of credibility.

For example, a major insurance business I worked with had a key core element of “Integrity”. If we had not demonstrated the “Integrity” credentials but led with “competence” messages it would have been interpreted as being smug. If we had led with “results” credentials those results may have been interpreted as manipulated or misleading. However, once integrity was established then the interpretation of evidence that supported competence and results would be reinforcing the trust not detracting from it.

In contrast, another client’s key core of credibility was “Results”. Had we led with “Integrity” it may have been interpreted as being weak or vulnerable and leading with “Competence” messages would have been followed by “I’ll determine how competent you are. Show me the results?!”

It is therefore critical to correctly identify an organisation’s key core of credibility and tailor the assignment and communication to demonstrating that attribute first. Without this, you are seriously misfiring on your initiative.

Having identified the correct key core of credibility it is necessary to demonstrate that core through word and action. To do that effectively will require you to operate in an open and transparent manner. How else can others assess you and the assignment’s bone fides?  To do otherwise would undermine the attempt to establish trust.

There are situations where it is difficult to operate with complete transparency at all times e.g. when in early discussions of a possible merger. However, management will be judged by the reasonableness of their actions once it is in the open. Reasonableness will be defined by the level of trust that exists. It is therefore advisable to have a high level of trust in place before it is necessary to operate behind closed doors.

Let your “action to get traction” reflect the key core of credibility! In a takeover context, we were managing the reduction in management headcount across the combined organisation. That organisation’s key core of credibility was Integrity. To demonstrate our commitment to integrity we appointed the outgoing CEO as one of the candidate reviewers for the new management appointments. He was highly respected and was able to speak for managers of the acquired organisation. This was one of many actions taken to reflect the integrity of the system and building trust in the PMI process.

In summary, during times of uncertainty communication effectiveness is determined by the level of trust. If the trust does not exist it is necessary to build that trust before people will listen to the other messages. The 4 cores of credibility is a very useful model to define the communication of trust which must be backed up by an environment of transparency and actions that reflect and evidence the key core of credibility. 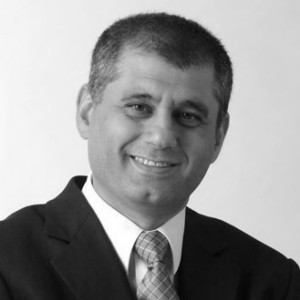